At home on the bleeding edge.

In March, I had the opportunity to try out a prototype of the FOR-A FT-ONE 4k camera which can capture up to 900 fps super-slow motion at 4k resolution.  For illumination, I tried out plasma lights from Hive Lighting.

My main goal with this shoot was to originate some footage, get acquainted with the camera and to try out Plasma lights, which are flicker-free to several million frames per second and have double the power efficiency of HMI lighting.

I shot a little table top setup.  I used a Wasp Plasma Par for a backlight and a Killer Two Light Plasma maxi in front with some diff to light it.  The power draw was under 800 watts and the lights could be handled without gloves.

For reference, the last high-speed shoot I did, used about 60,0000 Watts of tungsten lighting.  I also spent a couple weeks worrying about flicker and a whole shoot feeling like I was inside an oven.  With the Hive plasma lights, I plugged them into the wall and never once saw a hint of flicker.  The Hive Plasmas are by far the best artificial lighting instruments I've used for high-speed imaging.

The FT-ONE has a super 35mm sensor and PL lens mount which is is highly suitable for the work I typically do. It can run off AC power or V-mount batteries.

The camera held it's black point very well, which is often a concern with high frame-rate cameras.  Recalibrating the black balance was easy and very fast.

The camera does not have the exposure tools I typically use built-in, so next time I'll use a monitor that does. 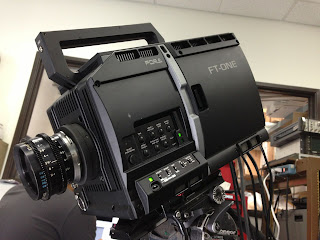 Rolling at a 1/2000 exposure time still requires significant amount of illumination.  I lit for this camera test using around 750 Watts of power from an ordinary household circuit. 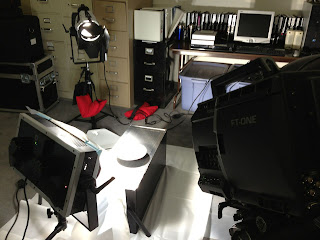 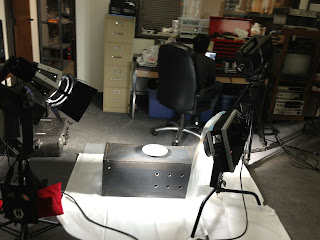 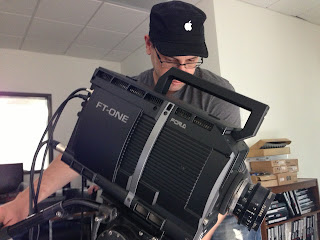 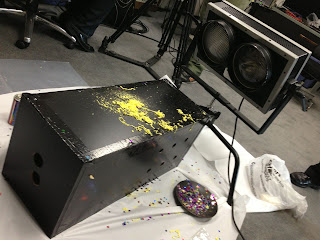 Joel Spezeski
After taking the conventional Hollywood route of getting an MFA in Film Production from USC with an emphasis in writing and cinematography, Joel took the less conventional route of going to work in Vietnam where he has spent several shooting advertising, television, and features. Joel currently divides his time between Los Angeles and Vietnam.